Stonyhurst is a property with a storied background. The house is sited on 94 acres of prime, historic fox hunting land, with significant frontage on a lovely country lane, Foxcroft Road. Just minutes from the Town of Middleburg, and slightly down the hill from Glenwood Park, home of Virginia~s oldest steeplechase meeting, the Middleburg Spring Races, Hunt Country Sotheby~s International Realty is delighted to present this delightful example of country living.Originally built during the 1890~s by the Duffy family, Stonyhurst was acquired in the early 2000~s by its current owners who saved it from being bought and developed into a housing estate. They subsequently placed it into conservation easement so that, in perpetuity, it~s 94 acres may only be subdivided once, with the construction of just one additional residence (per restrictions).Stonyhurst is an iconic Virginia stone manor house. When the owners purchased the property, the house was in need of a complete renovation. They commissioned the Washington D.C. architect, Donald Lococo, to lovingly and carefully return it to its original splendor, while at the same time modernizing the underlying infrastructure. In the process, the renovation garnered two awards from the American Institute of Architecture. Meanwhile, Rosemary R. Howe Interiors, also of Washington D.C., was brought in to faithfully redesign the inside in such a way as to retain the character of this lovely old house, while infusing it with twenty first century convenience. What we see today is a delightful American colonial revival country manor house, in pristine condition, centered on a large parcel of rolling land within a much sought after part of Virginia, yet within easy reach of the nation~s capital.The property may be subdivided once. As long as the smallest remaining lot is 25 acres or larger in size, another residential structure may be built on that lot. In fact, per the easement, a total of no more than six residential structures may be built or maintained on the full 94.36 acres. Stonyhurst is well suited for both equestrian pursuits and outdoors activities, as a principal residence or weekend escape. Middleburg is the fox hunting capital of America. The town itself dates to 1787 when it was founded as a staging point for weary travelers on the old trading route (now Route 50) between Winchester and the port of Alexandria. Please visit bit.ly/22941foxcroft for a full virtual tour! 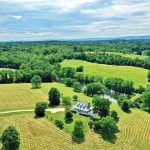 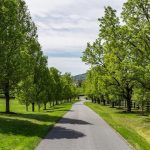 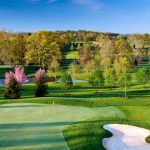 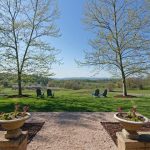 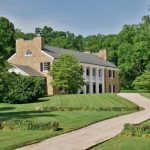 
In Cooperation with PETER A LEONARD-MORGAN